Scaffolds made of three components containing Gelatin (30.3-64.7 wt. %), Tragacanth (23.5-60.6 wt. %) and nano-Hydroxyapatite (9.09-11.67 wt. %) were fabricated through the freeze drying process. Among the scaffolds with the components in the mentioned range, three scaffolds were selected for comparison based on pre-test steps including washout and soaking in SBF for 28 days to evaluate their consistency. At the end, two scaffolds with the maximum and moderate wt. % of gelatin were selected for further studies. The same pre-tests were done to select one of the cross-linkers namely GPTMS, CaCl2, and Glutaraldehyde. As a result, GPTMS with the total amount of 10 % of the total polymers wt. % was selected as the cross-linker. The mechanical properties of the scaffolds were investigated through the compressive test, and the one with higher Gelatin content had the highest Elastic modulus. In addition, the biodegradability of the scaffolds was studied by soaking them in the PBS for 1, 3, 7, 14, 21, and 28 days and measuring the weight loss. Higher contents of Gelatin resulted in less degradation. In this research, the biocompatibility of the samples was surveyed by soaking them in the SBF for 1, 3, 7, 14, 21, and 28 days, and the formation of the apatite layer on the scaffold surface was studied using the XRD, FTIR, and SEM techniques. Of note, the apatite layer can be finely formed on the sample with moderate Gelatin content. Other two scaffolds with the maximum and minimum Gelatin contents were completely deteriorated in the SBF. 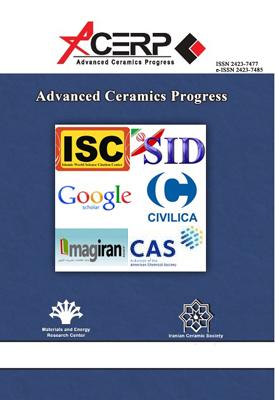