Thin Film Composite (TFC) membranes were fabricated by Interfacial Polymerization (IP) of
M-Phenylene Diamine (MPD) and Tri-Mesoyl Chloride (TMC) on Polysulfone (PSf) support in the presence of hydrothermally synthesized TS-1 zeolite as an additive blended in the MPD aqueous solution. Formation of the MFI structure (Pentasil Zeolite), presence of extra-framework TiO2, and zeolite particle size were investigated through X-Ray Diffraction (XRD), Fourier Transform Infrared Spectroscopy (FTIR), and Field Emission Scanning Electron Microscopy (FE-SEM) analyses, respectively. In addition, the effect of the TS-1 zeolite concentration in the range of 0-0.02 wt. % on the desalination and antifouling performance of the reverse osmosis membranes was evaluated in this study. The obtained results revealed that the membrane containing zeolite at the optimal concentration of 0.005 wt. % had the smoothest surface (RMS: 21.05 nm) and lowest contact angle (51.32°), thus exhibiting the best performance in the water flux of 47.5 Lm-2h-1 at 15 bars. In addition, compared to the unfilled TFC membrane, the rejection percentage of NaCl was calculated as 96.7 % (2000 ppm). Further, the antifouling ability of the membranes in the face of Bovine Serum Albumin (BSA) showed the excellent fouling resistance of the zeolite-modified membranes. 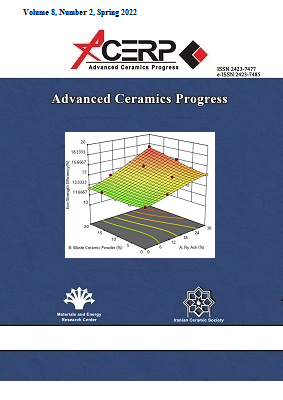